Trade Indicators for the 2021/22 Wheat Season 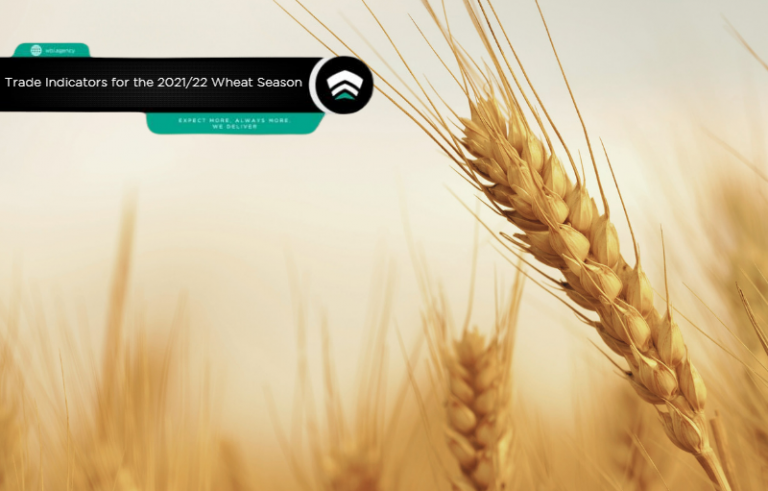 Trade Indicators for the 2021/22 Wheat Season

The following is a study only of final operations of the 2021/2022 wheat campaign, based on information from SIO Granos.

The total tonnage traded in Argentina between December 2021 and November 2022 in contracts reached 21.4 million tons, while fixings added a further 2.2 million tons and adjustments to 2.2 Mil MT. Compared to the previous season, the volume of contractual tons increased by 30%, while the volume of fixings remained constant.

Forty-six percent of the 2021/22 wheat contracts and fixings were made in advance, before December 2021, exceeding the previous year. It also highlights the higher volume of operations carried out in March compared to previous years, which was an effect of the beginning of the Russian-Ukrainian war, which interrupted the flow of international trade, temporarily putting bullish pressure on grain values in external reference markets.

Regarding the main characteristics of the contracts, 70% corresponded to fixed prices and 30% to To-be-fixed pricing. Twenty percent of the operations were in pesos, 60% in US dollars and the remaining percentage corresponded to operations without declared currency. Lastly, it should be noted that 44% of the contracts and fixings have declared Rosario as their destination.

According to information presented by SAGyP, the volume of wheat Foreign Sales Declarations for the 2021/22 season reached a total of 15.2 Mil MT. The largest portion of sales (60%) corresponded to anticipated operations, (prior to December 2021), while unlike the previous year, the second seasonal peak is recorded in December and not in January. In both cases, from February onwards, exports are relatively marginal, and correspond mostly to exports to Brazil.

It should be noted that a year ago, initially, a “balance volume” of 12.5 Mil MT was established in December 2023, to be later extended in January 2022 to 14.5 Mil MT. The establishment of these volumes generated a “race for quotas”, causing exporting companies to rush to register operations, and thus generating a disruption in the usual business flow.

In terms of shipments, as usual, most were concentrated in the first months after the start of the season. Approximately 14.6 Mil MT of wheat were shipped abroad, 62% of which departed from Rosario port terminals. The second most important port node in terms of wheat shipments was Bahía Blanca, with 20%, while Necochea/Quequén completed the podium with 10%.

Regarding the exported value of the wheat complex campaign, there were registered revenues of approximately USD 4,8 billion, of which wheat as grain contributed 96%, and the rest was mainly composed of wheat flour.