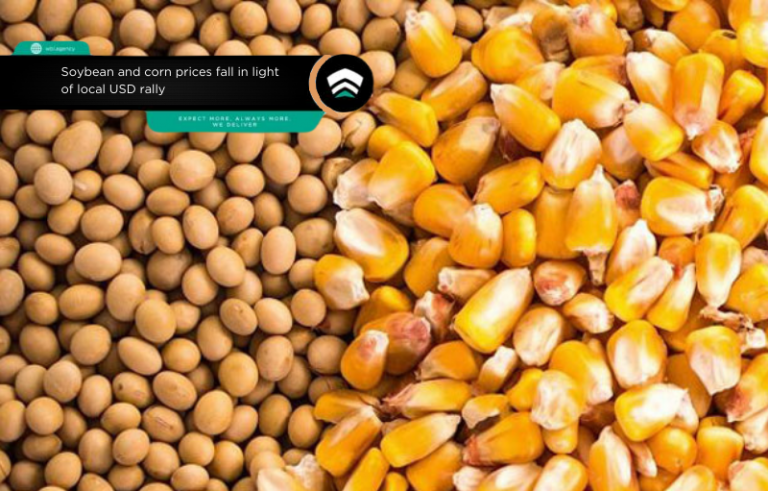 In a context of a stronger dollar, the closing of positions by investment funds increases the volatility of soybean and corn prices. To boot, weather uncertainty in the United States added to this, just when most of the summer crop lots enter critical periods for yield determination.

In the case of soybean, the evolution of quotations in Chicago showed great erraticism since the beginning of 2020, jumping from minimums to the highest records since August 2012. Regarding the 2021/2022 campaign, after reaching a high of 650 USD/MT in mid-June 2022, futures prices started to fall back to 493 USD/MT on July 12th, meaning a drop of 150 USD/MT or 24% in the last month. Prices for the 2021/22 bean season are already touching levels of the previous season for the time of the year, after having been much higher than those recorded at the time the sowing decision was taken. The same trend was seen in corn prices. After reaching 318 USD/MT at the end of May, maize lost almost 90 USD/MT and last Tuesday closed at 230 USD/MT.

The drops in futures prices in the last month and a half can be explained by the impact of the value of the dollar in the local economy, and the strength of the dollar throughout the first half of the year. The variability of the Chinese demand and the supply and demand balances with historically tight balances, but with forecasts of being more comfortable compared to the 2021/22 season, also play an important role. Furthermore, weather forecasts play a major role in months where the U.S. is closely monitoring drought indicators in key producing areas. Possible policy changes related to the agricultural sector, such as biofuel-cutting mandates and the subproducts industry, are another factor explaining prices.

The US dollar index, known as DXY, measures the performance of the U.S. legal tender against the world’s strongest currencies. The euro has the largest weight in the DXY, with a share of 57.6%. This index showed an appreciation of 4.5% in the last month and 10.4% so far this year. Meanwhile, the euro depreciated 5.4% in the last month.

Overall, the U.S. dollar has strengthened sharply this past year, rising 11.4% against the euro, with the index touching 107.8 points this week, up from 95.9% at the beginning of the year.

What is mainly driving the dollar’s strength is the expectation of more aggressive increases in the Federal Reserve’s (Fed) benchmark rate, a measure to try to combat inflation. Inflation rose to 9.1% year-on-year in June from 8.6% in May according to the consumer price index (CPI). The dollar’s strength affects debt, credit, corporate earnings, exports and imports.

The dollar’s 14% rally over the last year has been driven mainly by rising market expectations about future US interest rates. However, there is uncertainty about the Fed’s path going forward and the market has been beginning to anticipate a slowdown in the pace of rate hikes due to growing recession risks to the US economy.

An interesting sidenote is what is happening with the Dollar-Euro parity. In the last week the dollar traded above the European currency for the first time in 20 years. This is explained by the aforementioned strength of the U.S. currency, but also by the weakness of the European currency in the face of expectations of an economic recession, coupled with rising energy and diesel prices in the region and uncertainty as to whether the European Central Bank will follow the same path as the Fed. In addition, the Black Sea War and its impact on the European Union’s growth, given its energy dependence on the Russian Federation, put further pressure on the Euro, pushing its parity with the dollar to a value unseen in the last 20 years.

Historically, a stronger dollar correlates with a fall in commodity prices in general. This is mainly because, since the U.S. currency is the most widely used currency in international trade, when the dollar becomes more expensive relative to other currencies, importers in other countries will need to spend more money to obtain the dollars needed to pay for those imports, which tends to put downward pressure on prices. There is also an additional factor that responds to the financial markets. When the Fed raises interest rates, investment funds usually react by closing positions in markets that are inherently riskier (such as commodities) and moving into U.S. Treasuries or other lower-risk investments. This massive “exit” by funds also has a depressive effect on the prices of these assets.

With the global economic situation pressuring grain prices, the U.S. Department of Agriculture released the latest updates of the World Supply and Demand balances and the market reading was bearish. The USDA detailed grain yields and stocks above analysts’ forecasts, and with a mixed result for soybeans and corn.

As for oilseeds, the data can be considered mixed. For the current 2021/22 season in the United States, in the quarterly report (Stocks and Plantings) published on June 30th, the USDA reported higher stocks than expected, and showing a domestic absorption lower than anticipated. In light of this, in the report published on Tuesday of last week, the agency adjusted its 2021/22 crush projections downward for US production, which results in final stocks higher than what was initially expected for the current cycle.

In other words, mixed signals: although the current season would end with higher stocks than those forecast a month ago, the next cycle would be tighter than what was foreseen in June. In any case, it should be noted that, with these numbers, stocks between seasons would grow for the first time in four years.

Meanwhile, on the yellow grain side, an inverse dynamic is observed. Final stock estimates for 2021/22 are higher than what was forecast in June, while projections for 2022/23 have been adjusting upwards over the months. However, with the current data, stocks between seasons would fall by 1 Mil MT between the current and the next cycle.

In this context of grain prices, this week the Undersecretary of Agricultural Markets of MAGyP increased the Balancing Volume for corn 2021/22 by 6 Mil MT. From the 30 Mil MT that had been set on May 6th last year, it jumped to 36 Mil MT. The DJVE to date total 28.9 Mil MT, though just between Tuesday (the day the quota increase was announced) and Thursday, 1 Mil MT was recorded.