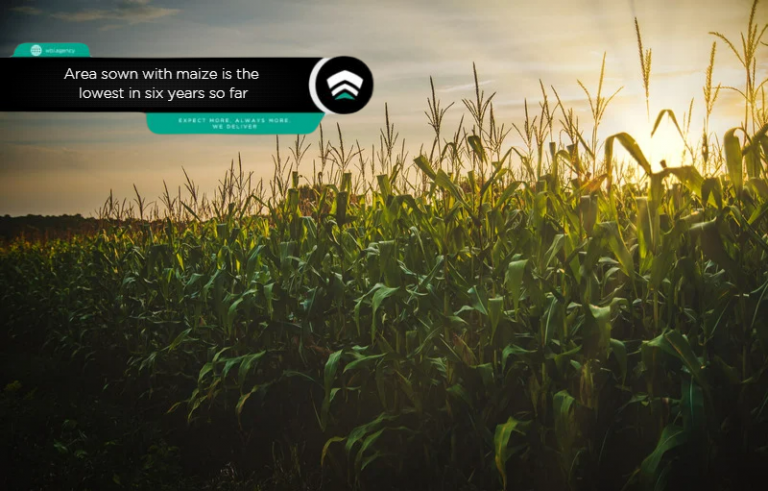 October began with corn sowing at a stop in large productive areas of Argentina. With limited soil moisture, the areas of Casilda and Venado Tuerto made practically no progress in planting during the first week of this month, adding some minor progress the second week. According to the SAGyP, sowing continues practically at a halt in the province of Buenos Aires, and showing very slow progress in Córdoba.

As long as the lack of rains and the scourge of frost persist, the progress of maize planting will continue to lag behind its historical averages. Consequently, planting is currently at a similar rate to that of the 2016/17 season, earning the lowest relative planting rate in the past six years. It is also the slowest planting pace in absolute terms since the 2015/16 commercial year, with 1.6 Mil Ha since the start of planting, compared to 2.8 Mil Ha this week last year.

Even irrigated farms are suffering low soil moisture,  according to the Guía Estratégica para el Agro (GEA – BCR) in its latest weekly report. Thus, the 2022/23 campaign would have only 10% of early corn area in the core production area, leaving the rest as late corn, which would represent the lowest early corn planting in a decade.

Throughout last month, the Export Increase Programme (PIE) strongly supported the marketing of soybeans. This had a major impact on logistics, with a 78% increase in the number of trucks carrying soybeans entering Gran Rosario in September compared to August. More than 140,000 trucks discharged at the various Upriver terminals last month alone—a completely unusual volume of transport for a month of September, at levels similar to April and May, when soybeans are in full harvest in Argentina.

Not only that, last September almost 68% of the trucks entering Gran Rosario did so transporting soybeans, practically owning the logistics of the last month. The first ten days of October find us with about 29,000 trucks of soybeans already at Upriver terminals and industries, more than 9% above the same month last year. This figure takes on even more weight if we consider that the current soybean campaign covers a production of 42 Mil MT, 6% below last year’s campaign.

Slight increases in US soybean production projections were expected. However, the October World Agricultural Supply and Demand Report (WASDE) cut production by almost 1%. Droughts took their toll, as this cut is explained by lower yields for US soybeans. This comes in tandem with a rebound in Chinese purchases and a drop in US stocks. Although soybean productions in Argentina and Brazil are growing and aim to increase competition with U.S. beans, the production cut of soybeans in a context of growing demand weighs and supported prices in the week.

In any case, thinking about potential short-term bearish factors for soybeans, undoubtedly the seasonal pressure of the US harvest can lead to days with price drops, as some of them were observed this week. At the same time, the growing possibilities of a deepening global economic slowdown weaken demand and the interest of commodity investment funds, leading to position closures, with a consequent downward impact on prices.

In this context, the potential recession in the United States particularly affects North American maize. As highlighted in a previous edition of this Weekly Update, more than 80% of this cereal is consumed domestically in the US, whether for ethanol production, animal feed or human consumption. The slower pace of economic growth in the United States is leading to cuts in this domestic corn consumption, which would be at its lowest since the 2015/16 season, if these projections are confirmed.

However, the drought brought cuts in US corn production, as reported by the USDA. With the drop in production being smaller than the reduction in consumption, ending stocks were trimmed in the latest WASDE, leading to upward pressure on the crop. However, there is another factor that could have a potentially bearish impact on prices: Brazil is on track for the best maize crop in its history.

Against this backdrop, Matba-Rofex December corn futures rose from 256 USD/MT on the last day of last week to USD 262 on Thursday, while November soybeans are up 3 UDS/MT, topping 395 UDS/MT on Thursday. In line with this, Chicago futures rallied during the week by around 10 USD/MT for soybeans and 4 UDS/MT for corn, closing Thursday at around 512 USD/MT and 275 UDS/MT, respectively.